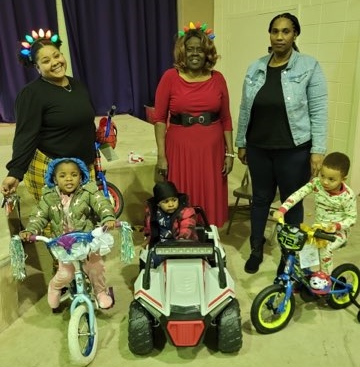 This is to give appreciation for the support received from all who made the ninth Annual District A Christmas Give-away with SantaKates, a very very successful one this year. The participation of this event is much more than we expected and the positive feedback we received is very humbling and encouraging throughout Bogalusa. First of all, in my ninth sponsorship of the event, I would like to thank the children, parents, and guests for your presence and bringing about the true spirit of Christmas. The event was well attended by children along with their parents and some elderly throughout District A, as well as, other parts of the city that attended and participated.
Parents and grandparents thank you for the most part in accompanying your children at the event as requested. The event began with a Welcome by Gloria SantaKates, prayer by Larry L Brown , and afterward interaction with the children of the reason for the season of the (Nativity Story) by Teacher Sarah. The festivities also included Christmas caroling lead by the children and a “Free Style of Christmas songs. Children (ages 0 and up) selected toys of their choice and – Intermittently 19 bikes, One (1) electric car, array of animated stuffed animals, and over 250 toys and games were gifted to the children, as well as, 10 turkeys. and 9 spiral cut hams were randomly given to parents. The participants were also served light refreshments.
The atmosphere during the event at the Poplas Quarters Recreational Center gave everyone a warm feeling of fellowship bringing the community together. Humbly, my sincere thanks to the following individuals (Christmas Helpers and Angels) that worked tirelessly and the activities in numerous ways and were equally responsible for bringing it to a success. They took up various responsibilities (such as, transporting and organizing children gifts, distributing gifts, preparing, and serving food, and the clean up crew) that ensured the timely implementation of the District A 9th Annual Christmas Give-away with SantaKates. They are: Gretchen Brown, Kennia Brown, Justin Brown, Larry Brown, Sara, TJ Brown, Ruthie and Wayne Beaulieu, Regina Greely, Thomas Kates, Tony Laurant, Walter Levi, Hannah Morris, Damion Moss, Tamira Moss Smith, Pat Rhoades, Regina Powell, Susan Williams, Eric and Stephanie Yarbrough and Public Works. Photos and videos of participants, volunteers, and children are courtesy of Mr.Thomas Kates. I greatly appreciate their hard work and help in this event without any reservation.
To God be the Glory. Wishing you all Happy Blessed Holidays. Councilwoman Gloria Kates. 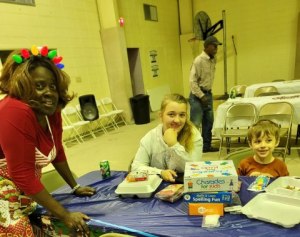 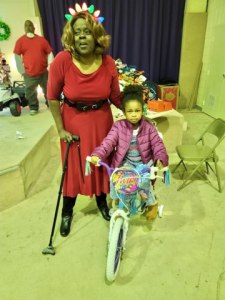 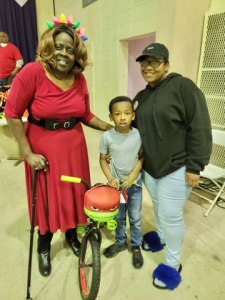 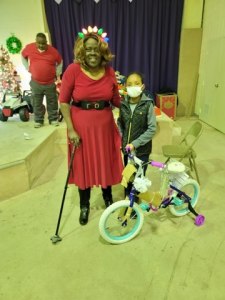 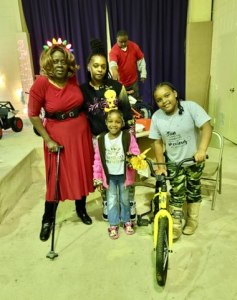 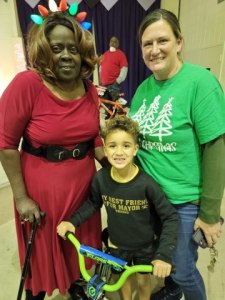 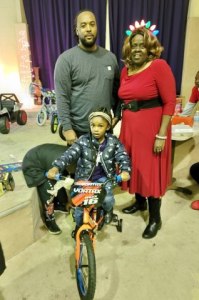 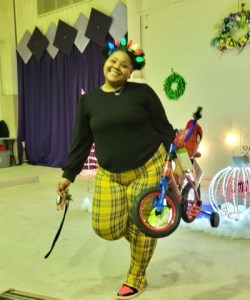 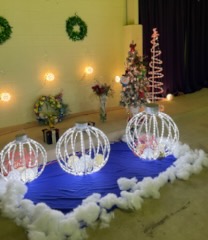 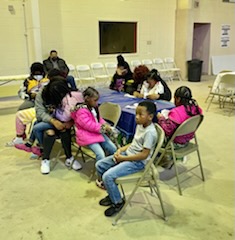 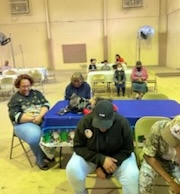 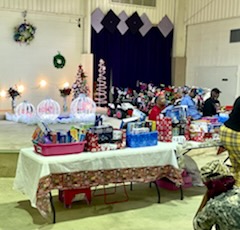 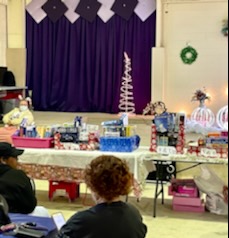