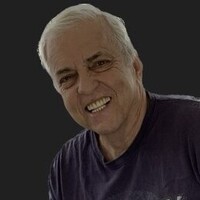 George “Ronnie” Scott of Angie, La., passed away Wednesday, Jan. 11, 2023 at the age of 74. He was a proud Vietnam Veteran who served in the Navy. Ronnie worked at Dow Chemical for over 25 years until his retirement.

He is preceded in death by his parents, George and Delores Scott.

A service to celebrate Ronnie’s life was held at Dexter Pentecostal Church on Monday, Jan. 16. 2023, at 11 a.m.  Following the service at the church a graveside committal service will be held at Seal Cemetery in Varnado, La. at 2 p.m. Rev. J.W. Terrell will officiate the service and American Legion Post #24 will perform military graveside rites at the cemetery.

To view and sign the guest book, please visit www.pooleritchiefuneralhome.com.