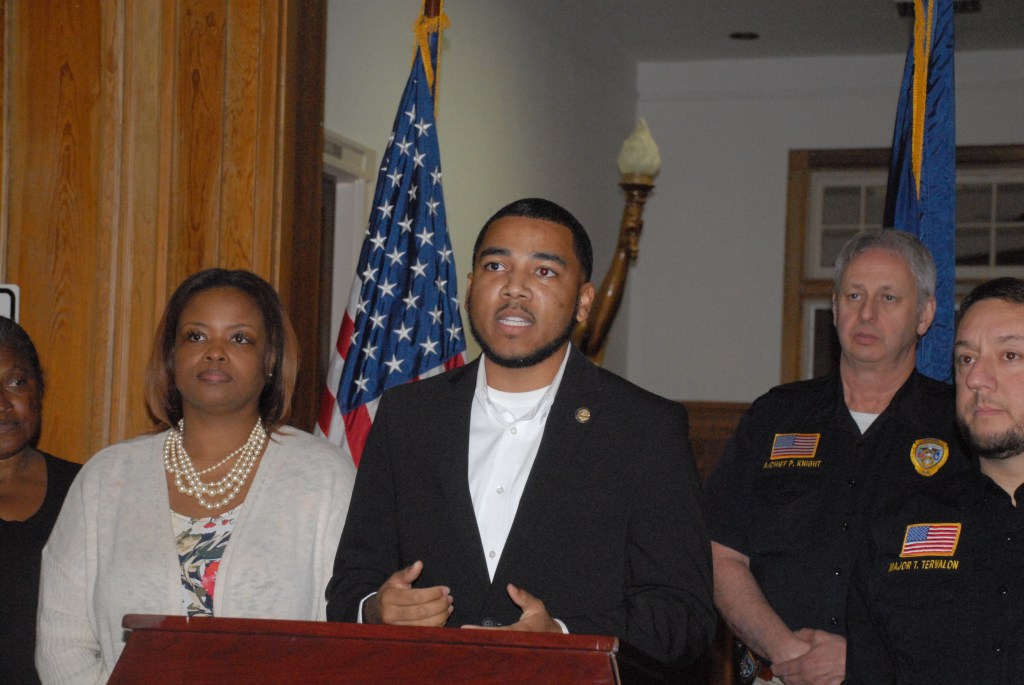 On Thursday, Jan. 5, 2023 at approximately 1922 hours, the Bogalusa Police Department received a call of shots fired in the 1300 block of North Ave., Acting Assistant Chief of Police Troy Tervalon said at a press conference on Friday afternoon.

According to Tervalon, officers responded and observed multiple spent rounds, along with damage to a residence and two vehicles. Tervalon said that it was also later determined that Central Elementary School had sustained damage from gunshots.

Tervalon asked for the public’s help.

“If anyone is a witness or knows or has anything, please contact us at 985-732-3611,” Tervalon said. “We want the public to know that we are out there working hard. Our officers and our detectives are investigating this incident. They have many leads to follow up on and more arrests will be imminent.”

Bogalusa Mayor Tyrin Truong said he intends to be tough on crime.

“As mayor of the city of Bogalusa, I intend to be tough on crime and do all I can in my power to curb youth violence,” Truong said. “The shooting that took place (Thursday) evening was yet another senseless act of violence and it will not be tolerated within our city. There are no specific ordinances on the books for the state of Louisiana that implement curfews for our youth, instead it has been left up to individual cities. In 1990, there was an ordinance created in the city of Bogalusa for a youth curfew. It was amended in 2007 and again in 2010. Today, I am coming before the citizens of Bogalusa to announce that I will be collaborating with the city council concerning strengthening the curfew for our city’s youth.”

I’m here to let you know that we are going to implement something that’s going to hold people accountable. Not just the youth that are doing it, but parents too. You cannot sit here and convince me that some of these parents don’t know what is going on, so we’re going to be in touch with council. We’ll be coming to you shortly with more accountability because I’m not here to play with words and I believe that our entire city is tired and I think enough is enough.”

“Citizens, I know that many of you are afraid and are seeking answers,” Truong said. “Please know that we are here to protect you and work alongside each of you to bring peace and order back into our city. A lot of times, this keeps me up at night and I’m not going to stop until we deliver results to each of you.”

Bogalusa City Schools Superintendent Lisa Tanner started out by commending Tyrin for his words “that mean so much to us.”

“Those of us in this community that are working with our children every single day can see the hurt and pain and the scared children,” Tanner said. “We’re scared to go to school, we’re scared to go home, we’re scared to say anything or do anything, and I know with our administration, we’re going to do something different and I just appreciate that so much. I cannot say enough about our Bogalusa Police Department.”

Tanner said that when she makes a call, they come and they do what they need to do.

“My heart is full for the words I heard a few minutes ago, so thank you so much and we will do anything we can as a school system to work with this administration to do what we need to do to keep our children, our faculty and our staff safe.”

Joel Miller Sr., who is the president and founder of the community action organization said they are supporting the mayor in taking a stand.

“We congratulate him on taking a stand against all this violent crime,” Miller said. “We as a community action organization plan on supporting him in helping him to best help continue to make us a better Bogalusa,” MIller said.

Miller said they commend Truong for all he has done, and anytime he needs them, Miller wants Truong to call on them.