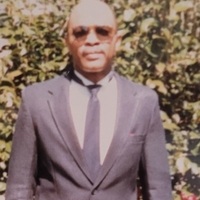 William Earl Spikes, affectionately known as Mearl, 74, passed away peacefully on Sunday, Dec. 18, 2022, at Little Company of Mary Hospital in Torrance, Calif. He was born Aug. 27, 1948, to the late Curtis and Willie Mae Spikes in Sandy Hook, Miss. He was a resident of Inglewood, Calif.
He proudly worked as a Coach and as a Recreational Director for many years. He worked as an Educator in Ashville, N.C. and lastly as an Educator at Varnado High School in Angie, La. He worked until he became ill and relocated to Los Angeles, Calif.
William is survived by one son, Jamal Pierre Spikes and his mother, Angela of Charlotte, N.C.. He also leaves to mourn three sisters: Minnie Elliott of Inglewood, Calif.; Charlene Barnes of Lake Elsinore, Calif. and Gwendolyn Diane Wilson of Abita Springs, La. He is survived by two brothers: Leslie Charles (Marsha) Spikes of Bogalusa, La and Carl (Brenda) Spikes of Baton Rouge, La. William is survived by a host of nieces, nephews, cousins, caretakers, prayer warriors and friends.
William was preceded in death by his father, Curtis Spikes, Sr. and his mother, Willie Mae Spikes. A sister, CW5 Retired, Roberta Spikes – Cummings and a brother, Curtis Spikes, Jr.
William graduated from Central Memorial High School. He was an amazing athlete. He played basketball and baseball. In 1967, standing 6 feet, 1 inches tall and 183 pounds, he was drafted by the Pittsburgh Pirates in the 11th round of the 1967 Major League Baseball June Amateur Draft from Central Memorial High School in Bogalusa, La. During his tenure with the Pittsburgh Pirates, he was a right hander and he played outfield and first base.
William graduated with a Bachelors in Sports and Recreation from Grambling State University. He also was a member of the Alpha Phi Alpha Fraternity where he partnered with non-profit and corporate entities to leverage social and capital gains. He advocated for political, economic, intellectual and social reform.
William was kind, humble, funny, laid back and very handsome. He loved playing bingo, communicating and watching sporting events. William was extremely loved by his family, friends and everyone who knew him. We will carry William, in our hearts forever. God, we thank you.
Drive through viewing Friday, Jan. 6, 2023 from 3 p.m. to 6 p.m. at Crain and Sons Funeral Home.
Funeral Service will be Saturday, Jan. 7, 2023 at 11 a.m. at Crain and Sons Funeral Home in Bogalusa. Interment – Jefferson Cemetery. Crain and Sons Funeral Home of Bogalusa are in charge of arrangements. Please sign the guestbook at www.crainandsons.com.
To send a flower arrangement or to plant trees in memory of William Earl Spikes, please click here to visit our Sympathy Store.