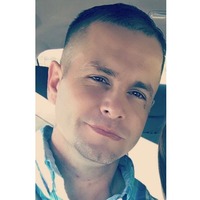 Ronald “Lane” Farmer, a resident of Bogalusa, La. passed away on Sunday, Dec. 25, 2022, at the age of 46.
Lane was a 1994 graduate of Bogalusa High School and a 2000 graduate of the University of Southern Mississippi where he received his BA in nursing. He was a member of Bogalusa First Church in Bogalusa, La. Lane grew up in Washington Parish, where during his childhood and youth years you could always find him playing football with the Northeast Association, attending his hometown church, Highland Baptist, attending trail rides and rodeos or behind their Farmer home in Angie, La. Lane loved to hunt, fish, ride atvs and arrowhead hunt. He made many memories with his family and many more memories with lifelong friends. Lane was a lover of music and enjoyed writing songs while playing and singing on any piano he would come across.
To know Lane was to love him and his outgoing, kind and humorous personality. He was also known for his handsome smile. He loved many and many loved him! He most definitely never met a stranger or forgot anyone he ever knew! His two most loves of his last years of his life were his two precious children and his wife. If ever you would run across him, you would expect to see a phone photo album full of them for him to brag about. He will be missed and remembered by many!
Lane is survived by his wife, Teya Farmer and his two children, Saxon and Oaklyn Farmer; sisters, Chanel Farmer and Rhonda (Gene) Musser; his brother, Glynn “Chip” (Renee) Guilott; his in-laws, Wayne (Deborah) Bradley and Phillip Young; brothers in law, Phillip (April) Young and Joey (Nikki) Young; and his sisters in law, Victoria (Kenny) Fortner, Jamie (Jeremy) Pipkins, Nikki (Freddy) Vidaurri, and Deidra Rile. Lane is also survived by numerous uncles, aunts, nephews, nieces, and cousins.
Lane was preceded in death by his father and stepmother, Ronnie (Judy) Farmer; his mother, Derlean Lott Farmer; his grandparents, Bennie (Evelyn) Farmer and Coley (Mary) Lott; one uncle, Bennie Glynn Farmer; and cousins, Ben-g and Suzette Farmer.
A memorial service will be held at Bogalusa First Church on Saturday, Jan. 7, 2023 at 1 p.m. Visitation will begin at noon.
In lieu of flowers, donations can be made to Gideon’s International.
To view and sign the guestbook go to pooleritchiefuneralhome.com.