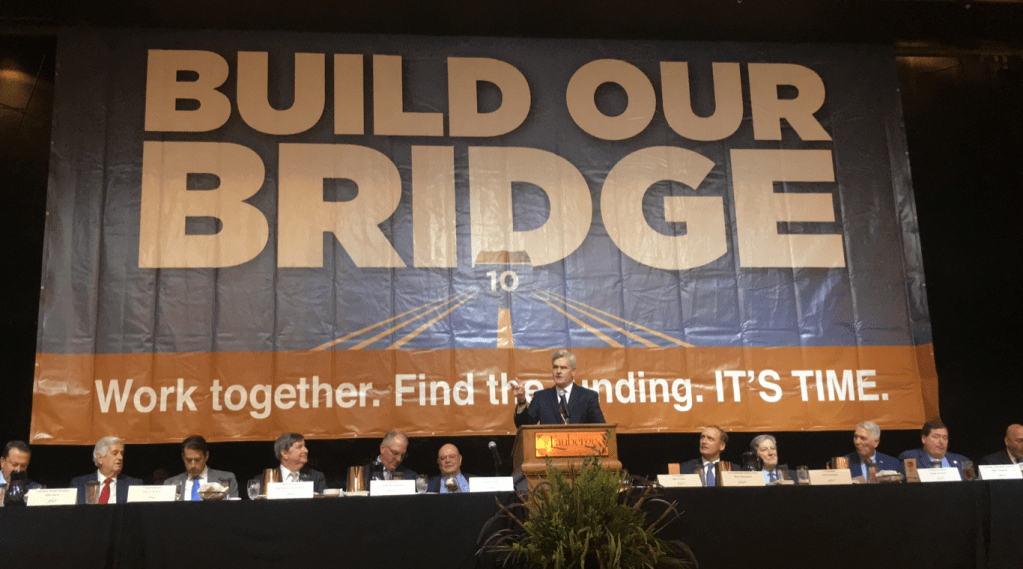 WASHINGTON – U.S. Senator Bill Cassidy, M.D. (R-LA) today announced Louisiana is receiving $150 million from Cassidy’s infrastructure law to go towards the replacing the I-10 Calcasieu River Bridge in Lake Charles. The I-10 bridge is one of nine projects announced to receive money this year from the FY 22 MEGA Grant Awards. Louisiana received the third highest award in the nation. Louisiana is also eligible for INFRA and RAISE grants from the infrastructure bill and MEGA grants will continue to be announced for the next four years

“This funding makes a new I-10 bridge and a stronger Lake Charles a reality,” said Dr. Cassidy. “I was specifically thinking of this project as I worked with others on the Bipartisan Infrastructure Bill. This is just the beginning of good news for Calcasieu Parish.”

Funding for this project will replace the I-10 Bridge to increase capacity. The new bridge will be wider, with six lanes, shoulders and center barriers, a lower approach incline, increased overhead clearance, and improved interchanges.