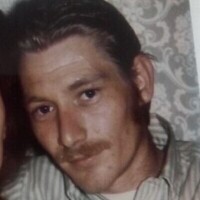 He was preceded in death by his parents, Willie and Ethel Johnson; his sister, Donna; brother-in-law, John Vaughn and his son, Eugene (Boe) Howell.

ALL HIS FAVORITE PEOPLE CALLED HIM POP-POP.

To view and sign the guest book for the Johnson family, please visit www.pooleritchiefuneralhome.com.