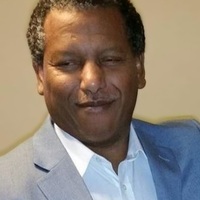 James Edward Tate, 68, passed away on Sunday, Dec. 11 in Franklinton, La. A lifelong resident of Franklinton and retiree of St. Tammany Parish Hospital, James was the husband of Lisa Kohla Tate and father to James Mitchell Tate of Franklinton and Janene Tate of Baton Rouge, La.

A viewing will be held from 1 p.m. to 3 p.m. followed by the funeral services at 3 p.m. on Dec. 17 at Faith in the Word Ministry located at 23749 Hwy 430 in Franklinton with Pastor Jacob Tate Jr. officiating. Interment will be at Moriah Cemetery in Franklinton. Crain and Sons Funeral Home in Franklinton is in charge of arrangements. Please sign guestbook at www.crainandsons.com

To send a flower arrangement or to plant trees in memory of James Edward Tate, please click here to visit our Sympathy Store.