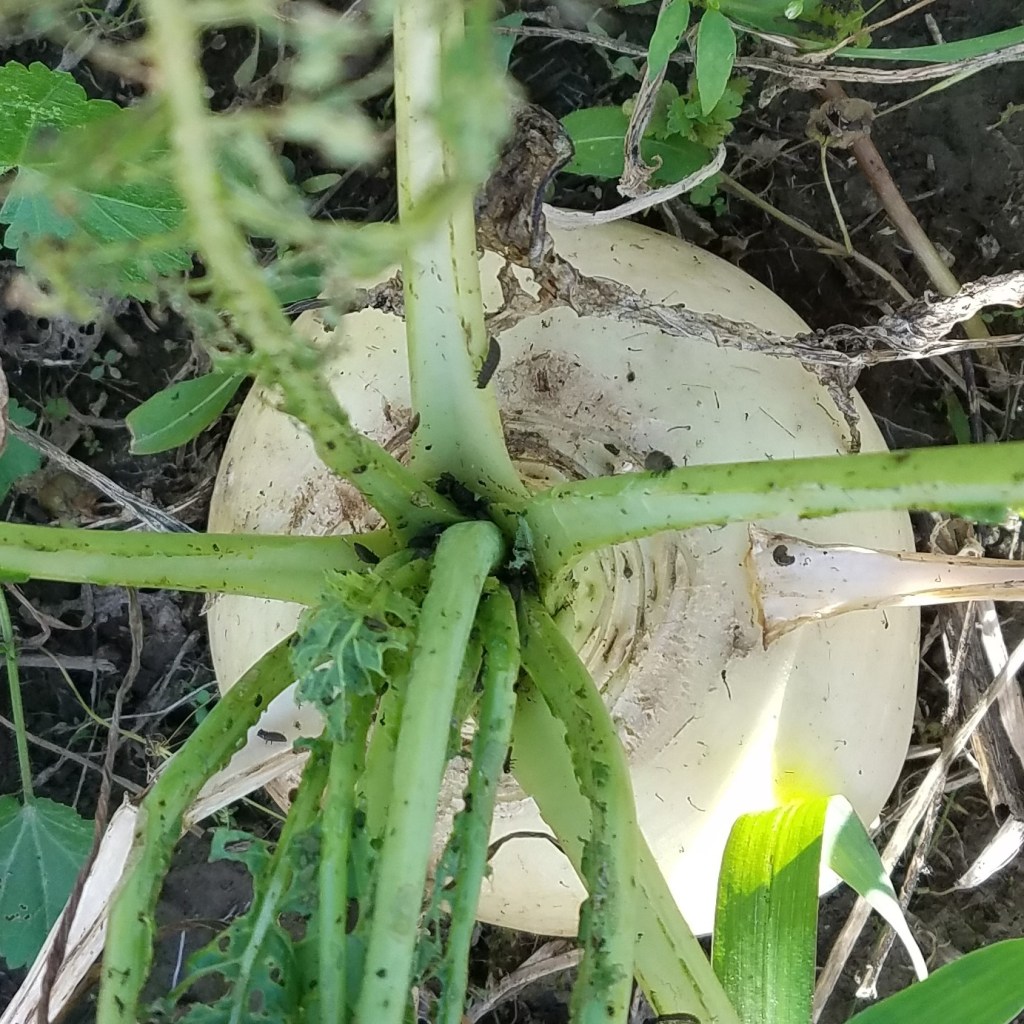 COURTESY PHOTO/Mary Helen Ferguson Check undersides of leaves and down in crowns when looking for yellowmargined leaf beetles.

A client contacted me recently about a problem in a turnip field. Leaves had many holes in them, to the point that some were what we would call skeletonized.

In photos the client sent, there were a couple of different insects, as well as some possible disease symptoms. It wasn’t clear what the primary issue was, so I made a visit to the field.

I was glad that I did. The main problem turned out to be something different than what I had suspected based on the photos: There was an abundance of adults and larvae of an insect called the yellowmargined leaf beetle (Microtheca ochroloma).

When we see holes in leaves, the culprit is usually either some type of beetle or caterpillar. There are other types of insects that have chewing mouthparts, and while we occasionally see plant damage from insects like grasshoppers, these are less commonly plant problems in our area. Likewise, there are other insects like aphids, thrips, and some types of stink bugs, but these don’t chew holes in plant tissue. Caterpillar pests are common on mustard family (Brassicaceae, also called the crucifer family) plants, so it wouldn’t have been surprising to find one or more of these, but a caterpillar wasn’t the main issue this time.

The yellowmargined leaf beetle is particularly fond of turnips. Plants closely related to each other are often affected by the same pests. Other plants in the mustard family can be damaged by this insect, but turnip and napa cabbage seem to be its favorites. Studies have shown that cabbage and collards are substantially less preferred. Mustard is sometimes cited as a preferred host, also, though I didn’t observe any significant damage in a nearby field of mustard greens.

While some larvae were found on undersides of leaves, adults were abundant down in the crown of the plant at the bases of leaf petioles. They may have moved down there when disturbed by our presence. Both the larvae and adults of yellowmargined leaf beetle feed on plants. They typically eat leaves but will feed on the surfaces of exposed roots if they run out of leaf tissue.

Yellowmargined leaf beetle adults are dark in color and about one-fifth of an inch (0.5 cm) long. They most often have pale yellow coloration around the edges of their bodies, although this border is sometimes red or brown. Larvae start out very small and get larger as they grow. Ones I observed ranged from a little over one-sixteenth of an inch (2 mm) to about one-fourth of an inch (6 mm) long.

I didn’t see any eggs, but these are orange and about one-twentieth of an inch (1.2 mm) long. Pupae (the stage between larva and adult) have what looks like a net around them. Eggs and pupae may be found either on leaves or near the soil surface.

While mulches are beneficial in many situations, straw mulch has been found to favor larger numbers of yellowmargined leaf beetles. This is likely because the mulch provides a good habitat for eggs and pupae.

Scout plants often (at least once per week) so that you can catch infestations early. Check the undersides of leaves and down in crowns. Especially look for insects along field borders. If you catch an infestation early, you can make an insecticide application just in the area where the problem exists.

A number of insecticides are effective against these beetles, but one must be careful to find one that is labeled for use on turnips.

Regular applications of a spinosad product have been found to be helpful. Some home garden spinosad products are not labeled for use on turnips, but I found one, Bonide Captain Jack’s Dead Bug Brew Concentrate, that is.

Some malathion products are labeled for turnips, and these would be expected to have some degree of effectiveness.

If you need to make multiple applications of an insecticide over the course of a season, it’s generally recommended to rotate different types of insecticides so that insect populations won’t develop resistance to one of them. For example, spinosad and a pyrethroid could be alternated.

If you use an insecticide, be sure to get good coverage of leaves, including the undersides and down in crowns. Read and follow label directions when using any pesticide.

If you just have a few plants, you may be able to get rid of a large proportion of them by shaking the insects from the leaves into soapy water.

Dr. Mary Helen Ferguson is an Extension Agent with the LSU AgCenter, with horticulture responsibilities in Washington and Tangipahoa Parishes. Contact Mary Helen at mhferguson@agcenter.lsu.edu or 985-277-1850 (Hammond) or 985-839-7855 (Franklinton). 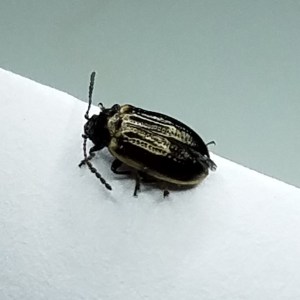 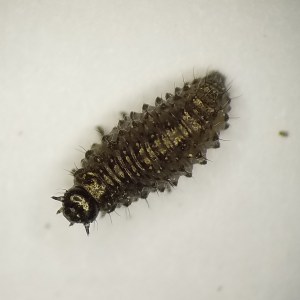