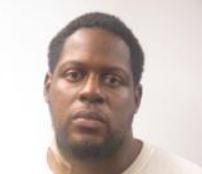 District Attorney Warren Montgomery reports that on Nov. 17, 2022, Zarius J. Brown, age 35, from Franklinton, La. pleaded guilty as charged before Judge Raymond Childress, to aggravated assault on a peace officer with a motor vehicle, illegal possession of stolen things and aggravated criminal damage to property. He was sentenced to a total of 15 years in prison, without the benefit of probation, parole or suspension of sentence.

In July of 2018, the Franklinton Police Department received a call from the brother of the victim. He was following a dump truck loaded with a bob cat, both of which had been reported stolen to the New Orleans Police. He tracked down the equipment because they were equipped with a tracking device.

A Washington Parish Sheriff’s Deputy located the truck in Franklinton. He activated his lights and siren to pull the driver over, but the defendant refused to stop. When he finally did stop, the officer exited his unit to approach. The defendant then put the truck in reverse and rammed into the officer’s unit causing the vehicle to slide off of the roadway and pinning the officer between the police unit and the dirt embankment. Fearing for his life, the deputy fired multiple shots at the truck. The defendant then took off on foot and ran into a wooded area. A dog tracking team was called to the scene and the defendant was found nearby and arrested. He had the key to the stolen vehicle in his pants pocket.

The case was prosecuted by Assistant District Attorney Luke Lancaster.