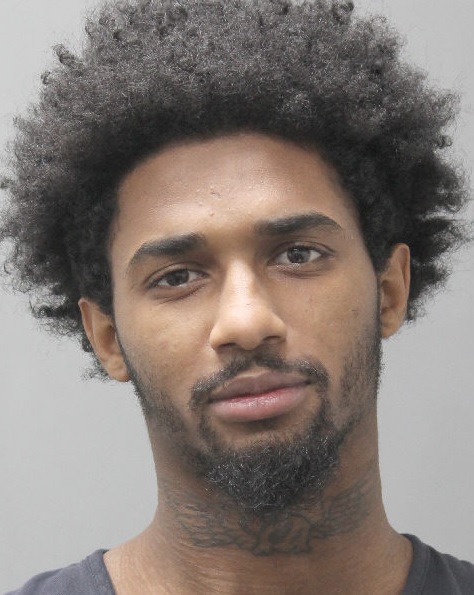 Christian Myers was recently extradited from Scarborough, Maine to Bogalusa according to Maj. Wendell O’Berry of the Bogalusa Police Department.

O’Berry said that Myers was arrested by Bogalusa Detectives on Nov. 8 for his participation in the Aug. 23 murder of Veronique Allen.

O’Berry said that as the investigation continued, detectives identified the second suspect in the murder as Aquandre Spencer, 23 years old, of Houston, Texas. O’Berry said arrest warrants were obtained for Spencer for first degree murder, assault by drive by shooting and illegal use of dangerous weapons. O’Berry said Spencer was believed to be in Texas, so detectives contacted the U.S. Marshall’s Service for assistance in locating him. O’Berry said on Thursday morning, Nov. 17, the Marshalls located and apprehended Spencer in Houston. Spencer has additional felony charges pending in Texas, so an extradition date has not yet been set O’Berry said. As soon as possible, Spencer will be brought back to Bogalusa face charges O’Berry said.

O’Berry said that it is now believed that Myers and Spencer were the only two subjects in the car at the time of the drive by shooting on Main Street that took Allen’s life. O’Berry said that investigation will continue to determine if anyone else assisted the two suspects in any way, in the planning and execution of the crime.

“We commend the U.S. Marshal’s Service for their quick work in locating and apprehending Spencer. We also commend our detectives for their tireless efforts to solve this case,” O’Berry said.

Mayor Wendy Perrette wishes to send her condolences to the Allen family, and let them know that her thoughts are with them as the holiday season approaches. Mayor Perrette also sends her thanks to the Detectives who worked the case, and hopes that the arrests of these two suspects brings some sense of comfort and justice to the Allen family.