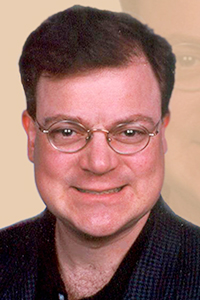 This week half the country will be upset by the midterm election results and half will be elated.

Regardless, politics is causing every one of us more stress than it ought to, but, believe it or not, there is, hopefully, still some humor that we can all enjoy.

Since Congress has a lower approval rating than polio, here are some fun lines to share:

It’s so cold today, the congresswoman had her hands in her own pockets.

Q: What did the corrupt congressman order for lunch on Election Day? A: Stuffed ballots.

Here’s one of my favorite old congressperson jokes:

A congressman is walking through D.C. when he is approached by a mugger with a gun.

“Give me all your money,” says the mugger.

“You can’t rob me,” says the congressman. “I’m an esteemed member of the U.S. Congress.”

“Then give me all MY money!” says the mugger.

Too often, people think the argument in Washington is between Republicans and Democrats, but it’s really between the voters and the politicians and our ever-growing government, as this joke illustrates well:

Three contractors submit bids to fix a broken fence at the White House.

“How did you come up with such a high figure?” the official asks the third contractor?

We recently lost one of our greatest political humorists, P.J. O’Rourke, whose humor was filled with truth:

“When buying and selling are controlled by legislation,” he said, “the first things to be bought and sold are legislators.”

“There is only one basic human right, the right to do as you damn well please,” he said. “And with it comes the only basic human duty, the duty to take the consequences.”

“A little government and a little luck are necessary in life,” he said, “but only a fool trusts either of them.”

I’ve long written about our rapidly growing government debt — I’ve documented its massive rise over the past decade — but nobody explained government waste better than O’Rourke:

“It is a popular delusion that the government wastes vast amounts of money through inefficiency and sloth,” he said. “Enormous effort and elaborate planning are required to waste this much money.”

Alas, though human imperfections abound in our government and electoral process, matters could be worse, as one Russian citizen notes:

“Americans complain because it takes so long to get a definitive result from their elections,” he says. “In my country, we know our results months in advance!”

The best we can do during election week is remember that there will be other elections. Let us hope and pray the candidates who win are the ones that offer our country the best solutions.

In the meantime, the very best we can do is learn from the example of President Jimmy Carter.

Even though he only served one term, he left the White House with a tremendous sense of humor.

“My esteem in our country has gone up substantially,” he said, upon leaving office. “It is very nice now when people wave at me, that they use all their fingers.”

Purcell, creator of the infotainment site ThurbersTail.com, which features pet advice he’s learning from his beloved Labrador, Thurber, is a Pittsburgh Tribune-Review humor columnist. Email him at Tom@TomPurcell.com.

Felder has been living, gardening in England part time

Finding lives of ancestors hidden in the cemeteries

Time to spray for stickers and other weeds in the lawn, or not

Many Plants Need Time to Chill