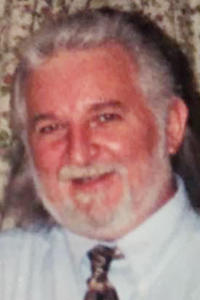 Music and all his musician friends were Gene‘s life. He loved every part of it and all the people he met because of it. He always said he should write a book, and he really should have. We loved listening to his stories of hitchhiking across the country to the musical icons he met.

Even as a child, Gene loved music. When he was very young, he had an established route through the French Quarter, where he traveled daily to deliver shoeshines and songs. As he got older, his dreams were bigger. He and his friends went to Orlando and Hollywood and almost starved to death, except for a chocolate cake they rationed out between them throughout the days of the trip.

One of his proudest times was when he played in the band Jade in the Midwest. He had so many memories of this time and made so many musical friends. He was filled with stories of this time. Then he came home to Bogalusa. Here, anyone who knows anything about music recognized his great talent. He played and sang, and he was a wonderful singer. He always had time to help and encourage other musicians. He often said he wanted to be remembered for this — helping others. He made so many friends, and he loved playing with all of them. Some were relatives, but they were all his brothers. He’ll be missed by so many. His talent is legendary, and we know it will be remembered by all who met him.

Services were held at Brown McGehee Funeral Home on Tuesday, Nov. 8, at 1 p.m.