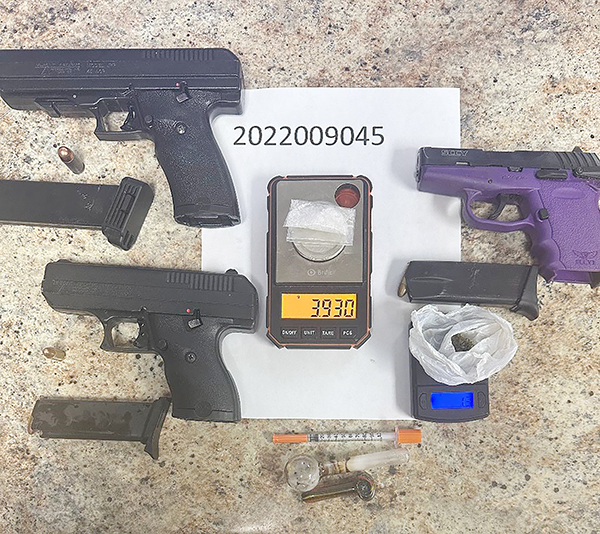 A traffic stop in Bogalusa on Monday night led to the arrest of Jason Ricker, 45, of Bogalusa, on numerous felony charges, according to Maj. Wendell O’Berry of the Bogalusa Police Department.

Shortly before 6 p.m. on Monday night, a Bogalusa officer stopped Ricker on Avenue K and West 10th Street for a traffic violation, O’Berry said. Ricker was found to be wanted on two warrants for failure to appear in court, and was arrested. During a search of Ricker’s person, the officer reportedly discovered drug paraphernalia and a substance believed to be methamphetamine. The items were seized and Ricker was placed in a patrol unit.

Officers then observed a 9mm handgun in Ricker’s car, O’Berry said. The serial number was checked and the gun was reportedly found to be stolen.

O’Berry said that Ricker has an extensive criminal history, with 10 arrests by the Bogalusa Police Department. He was also on probation for a prior possession of methamphetamine charge. Ricker was booked into the Bogalusa City Jail, and later transferred to the parish jail for housing.

“We hope that our criminal justice system realizes that probation is apparently not working for Mr. Ricker,” O’Berry said. “Maybe some time in prison would be a better option for the safety of our community.”