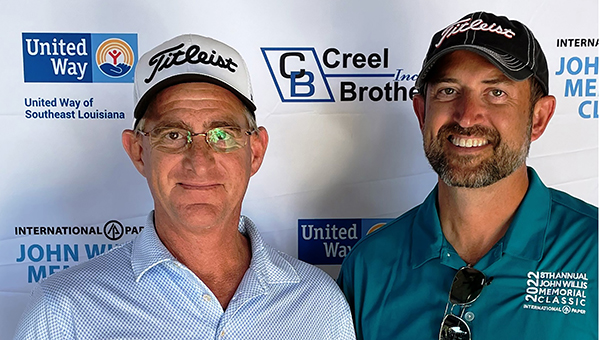 When the Bogalusa Mill began hosting a charity golf tournament in 2014, the team never imagined it would grow into something with so much potential impact on the community. In this, its eighth year, the John Willis Memorial Classic raised more than $260,000 for United Way Southeast Louisiana (UWSELA), with more than $164,000 from generous sponsors, matched 60 percent by International Paper. All of the money is earmarked for use in Washington Parish.

“We began this tournament as another way that we could support the work of our community partners,” said Nakia Cowan, mill manager. “Our mill contractors who sponsor and participate have helped us grow it into a fundraiser that is going to make a real impact in our community.”

For nearly 100 years, UWSELA has been a leader and trusted partner in improving lives and making a lasting difference. The mill’s donations to UWSELA will help improve the health, education and financial stability of every person in the community, creating a more equitable Southeast Louisiana for all.

“This tournament is an incredible effort from the Bogalusa Mill team with incredible results,” said Michael Williamson, president and CEO of UWSELA. “These funds will change lives and take us one step closer to ending poverty in Southeast Louisiana.” Cowan says that he and other mill lead team members have plans to meet with Williamson to determine how the funds raised this year can be used to address critical community needs in Bogalusa.

In 2018, the mill renamed its annual charity tournament in memory of John Willis, the mill’s purchasing manager for 58 years. Willis passed away in 2018 after a short illness. He left behind a legacy of hard work, dedication and a passion to make the Bogalusa Mill the best that it can be.