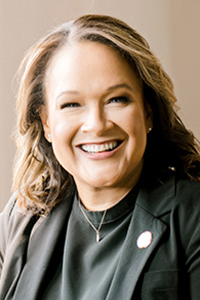 On Friday morning, Bogalusa Mayor Wendy Perrette sent a letter to Eddie Bonine, executive director of the Louisiana High School Athletic Association (LHSAA), urging him to reverse the association’s decision to move next week’s Bogalusa High School football game against Albany, and offering to pay for additional security if that would satisfy the LHSAA’s concerns.

The LHSAA announced the decision Thursday, apparently in response to a Friday, Oct. 14, incident in which gunfire was exchanged outside the Bogalusa football stadium during the homecoming game.

According to Bogalusa football coach Cyril Crutchfield, three of the five principals in Bogalusa’s district voted to have the Albany game moved from Bogalusa’s stadium to a neutral site. Lisa Tanner, superintendent of the Bogalusa City Schools, said the school would appeal that decision.

“Safety should always be a concern for LHSAA, but this decision is unwarranted,” Perrette said, Friday morning. “Those responsible for that horrible crime were not BHS students, nor were they even Bogalusa residents. It would be very unfortunate for this winning team to have to play its final game of the season at another location.”

The full content of Perrette’s letter to Bonine is below:

“I am certainly aware of the gunfire that occurred at the BHS stadium on Oct. 14; I was in the stands when it happened, celebrating Homecoming at my alma mater. I am also very aware that the perpetrators of this horrible crime were not from Bogalusa, but had brought their criminal behavior to our community from elsewhere.

“Since becoming mayor eight years ago, I have worked hard to improve and expand our Police Department, giving them all the tools they need. We work intimately with the Washington Parish Sheriff’s Office, and recently joined a multi-agency Violent Crime Task Force. Contrary to what you may have been told, Bogalusa is not in the midst of a crime wave. Violent crime has increased this year, yes — as it has in almost every city throughout the nation. We are working hard not only to apprehend wrongdoers, but to prevent crime from occurring.

“If it would satisfy LHSAA, we will add additional security to our already-enhanced force for game night. I’ll pay for it myself, if I need to.

“Please allow the students of BHS to end their season on a high note — and at home!”