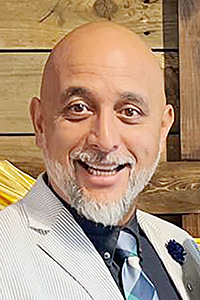 The Louisiana High School Athletics Association (LHSAA) announced Thursday that Bogalusa’s scheduled Friday, Nov. 4, game against Albany would need to be moved to a different location, apparently in response to a Friday, Oct. 14, incident in which gunfire was exchanged outside the Bogalusa football stadium during the homecoming game.

According to Bogalusa football coach Cyril Crutchfield, three of the five principals in Bogalusa’s district voted to have the Albany game moved from Bogalusa’s stadium to a neutral site. Lisa Tanner, superintendent of the Bogalusa City Schools, said the school would appeal that decision.

In a Facebook post, the Rev. Marcus Rosa, pastor of Westside Emmanuel Baptist Church in Bogalusa, urged his followers to contact the LHSAA with their concerns about the decision.

“We are not oblivious to the issues that we face in Bogalusa, but if you look at the crime statistics in areas surrounding us you’ll realize that there is no place that is immune to the issues we face as a whole in society … regardless of city, parish, state, etc.,” Rosa wrote in the post. “These young men and their coaching staff and support teams and fans were in no way involved in the incident. It is unfortunate that that the LHSAA and those who voted in this manner have unfairly characterized these young people and the citizens of Bogalusa as unsafe criminals. Since when do we penalize students for the sins that happen in a community?”