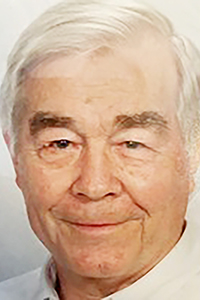 George Elbert Cromer Jr. passed away on Saturday, Oct. 22, 2022, at the age of 91. He peacefully departed this life from the home he shared with his wife of 65 years, Carolyn Martin Cromer, in Bogalusa.

George was born on Nov. 8, 1930 in Elk, Tucker County, W. Va., to George Elbert Cromer and Ruby Grace Burns Cromer. He graduated from Green Bank High School in 1948 before pursuing a degree in Forestry from West Virginia University. After graduating in 1953, George was commissioned as a Second Lieutenant in the U.S. Army Reserve. He moved to Bogalusa in 1956 to begin his career in forestry and related services at Crown Zellerbach.

Preceding him in death were his parents, as well as his brothers, Nyal Gene Cromer and Jack Ivan Cromer.

George was a voracious reader, who, in addition to studying the Bible, was commonly found flipping between various novels, texts, and newspapers — often while listening to sports radio. He enjoyed golfing, spending time with his grandchildren, and teaching the “Fishers of Men” Sunday School class at Superior Avenue Baptist Church. George was heavily involved in his church community, formerly holding the title of Sunday School Director and serving as a Deacon for the remainder of his days.

George was a loving husband and father whose wisdom and calm, patient presence will forever be cherished by those who knew him.

A service to celebrate George’s life was held on Tuesday, Oct. 25. Visitation started at 11 a.m. A Masonic service commenced at 1 p.m., with the funeral service following at 2 p.m. in the chapel of Poole-Ritchie Funeral Home. The Rev. Clay Norwood officiated the service, with the entombment held at the Sanctuary of Peace Mausoleum in Ponemah Cemetery.