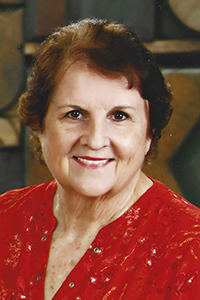 Janice Wilkes Branch has been announced as the 2022 Washington Parish Fair Honoree.

Janice’s history with the fair began in 1957 by taking part in a school play held on the old wooden stage down by the creek titled “This Old House.” In 1960, she participated in the fair parade by riding her beloved horse Trigger. After graduation from Mt. Hermon High School, she attended LSU. She and her husband moved back to Franklinton in 1969.

Janice began volunteering with the Creative Crafts committee in 1974 until 1987. She served as co-chairman of the newly developed Country Market in 1980. She worked with Mile Branch Settlement in the late 1970s. The settlement was established in 1975, adding buildings for the next few years. Janice furnished a bedroom with authentic period 1800 furniture.

She co-chaired with the renowned Virginia Killingsworth on the landscaping of the front gate entrance and served as chairman from 2007 to 2011. Janice kept up the front entrance year-round and added lighted Christmas trees during the Mile Branch Pioneer Christmas every December. She was chairman of the Baby Contest from 1998 to 2006. She moved the contest to the Franklinton Primary School Auditorium to keep the children and parents out of the weather. The contest was dear to her heart and one reason was because her late husband, Albert G. Branch, was the first-place winner in the 12-month division in 1949.

In 2012, Janice became chairman of the Adult Fine Arts Building and still holds this position today. She is proud to be with Adult Fine Arts due to her also being a member of the Washington Parish Art Association since the mid 1980s. She and her many committee members register and hang the art pieces for display during the fair, usually consisting of around 100 paintings.

When one’s children are involved in something, they pull their parents in also. Janice’s sons participated in the parades with the FHS band, horse parade, and showing animals in dairy, beef and swine. Of course, Mom also volunteered in school food booths for years until they graduated.

In 2021 a tornado hit the fairgrounds and then came Hurricane Ida which resulted in major destruction. Janice had recently retired from Franklinton Primary School after 35 years and recognized the need for help. The Mile Branch Settlement was hit extremely hard. The repairs and clean up started with a skeleton crew and went on for months. Janice was there for the entirety of the clean-up effort.

It is because of the dedicated volunteers such as Janice Wilkes Branch that this great and family-oriented free fair has survived for 110 years. “The Fair with the Picnic Spirit” has continued to become bigger and better.

Janice Branch will be recognized as Fair Honoree on Wednesday, Oct. 19, at the Opening Ceremonies held on the main stage immediately following the parade.

This article was written by Toni Tageant, who is a member of the Washington Parish Free Fair Association.