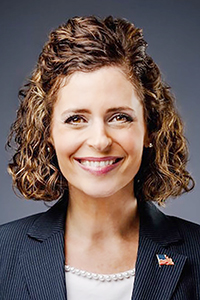 This past weekend, over my morning coffee, I opened my news app and read the awful headline — “Eight Migrants Found Dead in the Rio Grande.” While we’ve seen these reports of the atrocities at our Southern Border for nearly two years, this one hit harder. Just weeks ago, I stood on those very same riverbanks in Eagle Pass, Texas, accompanied by the men and women of the Border Patrol and local law enforcement. As my colleagues and I listened to their firsthand accounts, this crisis became all too real, not just another news article.

It’s hard to wrap your head and heart around a humanitarian crisis until you go to where it is happening and experience it yourself. Yes, it filled me with all expected emotions: anger, frustration, confusion, sadness, and fear. But most importantly, it fueled me with an urgency to go back to Washington and work fervently towards a solution. I know, without a doubt, that if my Democratic colleagues visited the border, they would feel that sense of urgency to rectify this wrong.

My trip began with a tour of the 48-hour holding facility at Eagle Pass. It’s a tent that can process hundreds of migrants who have crossed the border illegally. The migrants are then loaded onto buses and transferred to another holding facility while they await their court date with an immigration judge. When these facilities cannot handle all the migrants, they end up dispersing from there on buses to locations all over the country.

I can’t stress enough that these “drop-offs” are happening continually across this nation. Last year, it came to our communities when we received reports of migrants released in Monroe and Alexandria without any notification to our local law enforcement or elected officials. This practice is unacceptable and has to cease immediately. In response, I cosponsored H.R. 4096 — the Transparency of Migration Act, legislation that ensures these releases can never happen again. But common-sense legislation like H.R. 4096 will never be brought to the House Floor for a vote by the majority because they continue to pretend this crisis is not happening.

We spent much of our time with Border Patrol at the Rio Grande in Eagle Pass, and I had an unforgettable conversation with a fellow mom who commands the unit there. My heart shattered as she tearfully told us about pulling the bodies of lifeless children and babies out of the river. The emotional toll and burnout I witnessed in her eyes was shared in the eyes of all the officers I met. They are struggling with diminishing resources and a lack of support, yet, these men and women in uniform continue to show up for their jobs daily because they care about people.

We can do better than this as a country. I saw firsthand that the current Administration’s policies are not working and instead encourage migrants to make a perilous and too often deadly journey with their families based on a false promise. This is unconscionable. I can only imagine the desperation these parents must feel to make such a treacherous trip to the border, and then to put their children in harm’s way by crossing the river is truly heartbreaking. It must stop.

My fellow Republicans and I have been fighting to finish the border wall construction for two years to stop these needless casualties. When the majority tried to eliminate the wall’s funding, I was proud to join my colleagues on the House Appropriations Committee in voting to keep it in place. We also pushed in committee to add $500 million to the Border Patrol’s budget to help them better meet their needs, but the other side voted it down. As conservatives, we firmly believe there is no more significant deterrent than a fortified and secure border, and you have my commitment to keep fighting for that.

We also spent time in small Texas towns near the border. Imagine you live in a place the size of Rayville, Bunkie, or Bogalusa, and your local law enforcement now faces finding and apprehending hundreds of illegal migrants daily. They have to do so without an increase in personnel and resources. During a ride along, a local police officer told me how he now finds himself on high-speed chases with smugglers pushing drugs and sex trafficking young girls. Residents of these towns find migrants hiding in their yards and houses. Their local taxes do not pay enough for law enforcement to keep up with the demand. Many who have lived there for generations have said enough is enough and are abandoning their homes for somewhere safer. Law enforcement estimates close to 500,000 migrants have eclipsed Border Patrol over the last two years and are now residing somewhere within the U.S.

Officers also shared their concerns about the huge volume of drugs being carried across the border into our country. Cartels are smuggling at a staggering pace, and our communities are flooded with fentanyl, killing Americans at an alarming rate.

I don’t share all this to invoke fear; I want to drive change. Every indicator clearly shows that the Biden Administration’s policies serve as incentives for illegal immigration, not deterrents. That’s why these migrants are coming and clinging to the hope that breaking the law will somehow lead them to the American Dream. But when they cross our southern border, they find rampant lawlessness and crime instead of arriving in the land of opportunity.

Now more than ever, it should be clear that elections have consequences. When you go to the ballot in November, I hope you will consider those of us who actually visited the border, carried those experiences back to Washington, D.C., and are trying to bring solutions forward. I believe we can right this wrong after November, with new leadership in the House of Representatives and a Republican majority in Congress.

Julia Letlow, R-La., is a member of the U.S. House of Representatives and represents the 5th Congressional District of Louisiana, which includes Washington Parish.