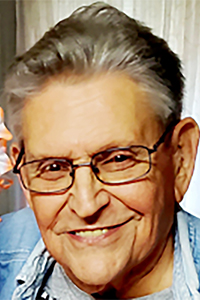 Bro. Cecil Nelson Bracey Jr. went home to be with his Lord and Savior on Sept. 8, 2022. He was born in McComb, Miss., on June 8, 1935. As a young child, his family moved to Oklahoma City, Okla., and then moved to Baton Rouge, where he grew up. As a teenager, his family moved to Bogalusa when his dad opened Bracey’s Plumbing in the early 50s.

Bro. Bracey met the Love of his Life, Jeannine Magee, while attending Bogalusa High School, they married June 16, 1954, and spent the next 66 years together until she passed in 2020. He joined the U.S. Army in September of 1954 and served his country for the next 20 years. He was a veteran of both the Korean and Vietnam wars. Upon retiring in 1974, he moved his family to Minden, where he began his studies in ministry at Louisiana Missionary Baptist Institute and Seminary; eventually obtaining his master’s in theology. While at the seminary, he began his pastoral ministry at Faith MBC in El Dorado, Ark. During his 49-year ministry, he pastored several churches full time, until his declining health led to interim pastoring and filling the pulpit for fellow pastors as needed. Even then, Bro. Bracey never ceased to share Jesus and the Gospel with others.

Bro. Bracey was a true example of a Godly man, a wonderful husband, father, grandfather, and friend. He never met a stranger and loved to talk with anyone and everyone. He was always willing to share his faith, God’s Word, his heart, and his humor. He left a legacy of sons, grandsons, and great grandsons that followed his example by serving our country in the military, as well as a large family dedicated to serving His Lord, Jesus. His life touched so many people and he will be deeply missed by all.

Visitation will be held on Sunday, Sept. 18, at 1 p.m., until time for the services at 2 p.m. at Monroe Street Baptist Church in Bogalusa, with the Rev. Chad Jenkins officiating the services. Interment will follow at Seal Cemetery.