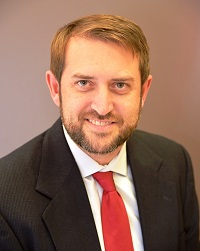 International Paper has announced Nakia Cowan has been named mill manager of the Bogalusa Containerboard Mill and will assume overall leadership responsibility for the facility, according to a press release from the mill.

Cowan is a graduate of Oklahoma State University, where he earned a Bachelor of Science degree in Electrical Engineering. He has more than 20 years of industry experience with IP, including the Camden, Ark., Pineville, La., Valliant, Okla. and Vicksburg, Miss. mills. Cowan came to Bogalusa in August of 2014 as the Finished Products Business Unit Manager, and was named Operations Manager in March of 2018.

“In my eight years at Bogalusa, my family has come to call Southeast Louisiana home,” Cowan said. “Two of my children recently graduated LSU and now live and work in the area. I am truly grateful to be able to stay here at the Bogalusa Mill.”

Previous mill manager, Bernie Chascin, was named manager of the International Paper Georgetown, S.C., Mill. He had served as Bogalusa manager since 2013.