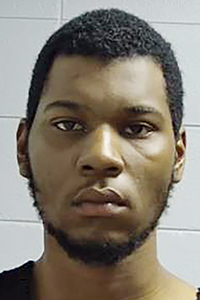 The Bogalusa Police Department is investigating a shooting that took place early Monday morning in the 600 block of Avenue C, according to BPD officials.

The officers arrived to the scene at 1:41 a.m., and upon their arrival they reportedly located a person with multiple gunshot wounds. The victim was transported to Our Lady of the Angels Hospital for treatment and officers began their investigation.

BPD officials said that officers were quickly able to identify the suspect and place him under arrest, thanks to their quick response and an eyewitness.

Police arrested Derrick Henry Williams Jr., 21, for the early morning shooting that occurred on Avenue C. Williams is charged with attempted second-degree murder, illegal use of weapons or dangerous instruments, and aggravated criminal damage to property. The victim was identified as Tyrese Cotton, 23. Cotton was in critical condition in an area hospital.
The shooting was determined to be the result of a confrontation between Williams and Cotton, over accusations that Cotton assaulted a female last night, BPD officials said.