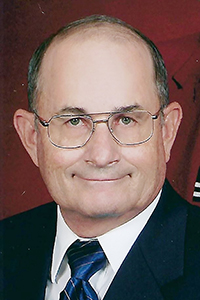 He was born in San Antonio, Texas, and later moved with his family to Bogalusa. Bill graduated Bogalusa High School in 1965. He enlisted in the U.S. Air Force after graduating. He was an assistant crew chief on the Hercules C130-E. He worked for Ashland Chemical until retiring then post retirement worked part-time at Gerry Lane Chevrolet. Bill volunteered with Boy Scout Troop 13 and Pack 13 and was one of the founding adult members of Explorer Post 13 with the Boy Scouts of America.

He was preceded in death by his parents, William Martin Mitchell Jr. and Sarah May Fairchild Mitchell; and two sisters, May Ann Easterling and Nancy Ellen Richmond.

Relatives and friends of the family are invited to attend the visitation at First United Methodist Church, 930 North Blvd. in Baton Rouge, on Saturday, Aug. 27, from 9 a.m. until 10:30 a.m. The service will be held at 10:30 a.m. and interment will follow at Seal Cemetery in Angie.

In lieu of flowers, please consider sending a memorial donation to First UMC Baton Rouge, or a charity of your choice. Church Funeral Services is in charge of arrangements.