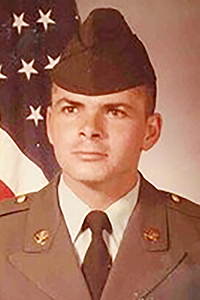 Jack proudly served his country, in the United States Army as a Combat Engineer for four years. He received many honors to include, Good conduct medal, Overseas service ribbon, Rifle M-16 (sharpshooter) and Hand Grenade (expert).

Jack loved cooking, Nascar and spending time with his family, especially nieces and nephews. He always went out of his way to help anyone in need and was known for his kind heart.

He was preceded in death by his parents, Doris Stewart and Lloyd McAlister; grandparents, Pete and Annie McAlister, and Randolph and Thelma Norred; brother, Johnny Farkas; and two nephews, Daniel and Joseph Mitchell.

Family and friends are invited to attend Jack’s funeral services on Wednesday, Aug. 24, 2022, at 2 p.m. at Poole Ritchie Funeral Home, 216 Alabama Ave. in Bogalusa, with the Rev. Marcus Rosa officiating. Visitation will begin at 10 a.m. Interment will follow with military honors at Hillview Memorial Gardens, by American Legion Post #24.

In lieu of flowers, please donate to the charity of your choice in his memory.