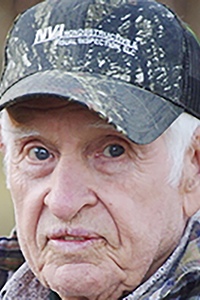 Glenn Andrew Boone, of Angie, passed from this life to be with his Lord on Thursday, Aug. 4, 2022, at the age of 84. He was born in Sandy Hook, Miss., to Homer and Ollie Boone, as one of 11 children. He was a U.S. Army veteran and owner of Boone Heavy Equipment Services. He enjoyed spending time with his grandchildren and spending time in the outdoors hunting and fishing. Mr. Boone will be remembered as an honest, kind, and compassionate person who always put the interest of others before his own.

Visitation will be held for Mr. Boone at Grace Chapel of Sandy Hook from 9 a.m. until 11 a.m. on Saturday, Aug. 13. The funeral service, officiated by Mark Hobgood, will follow at 11 a.m. Interment will follow in the Grace Chapel Church Cemetery, assisted by Mack Hobgood, Mike Hobgood, Mitch Hobgood, Michael Seal, Joel Boone and Tim Boone serving as pallbearers.