Polman: Could ‘Dobbs’ backfire on GOP? 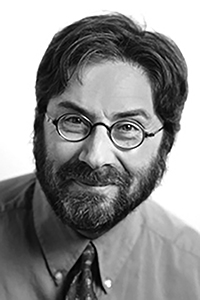 When high court theocrat Samuel Alito wrote his screed abolishing the previously court-established constitutional right to an abortion, he insisted — quoting the late right-wing justice Antonin Scalia — that the issue of abortion should be “resolved like most questions in our democracy, by citizens trying to persuade one another and then voting.”

Be careful what you wish for, pal.

In a stunning landslide that should prompt all Republican midterm strategists to panic, the voters of Kansas — a red state that endorsed Donald Trump’s re-election by 15 percentage points and hasn’t gone blue in a presidential race since 1964 — surged to the polls in a statewide referendum and protected a women’s right to choose. The margin of victory: roughly 17 percentage points.

Forced-birth reactionaries, bankrolled by big bucks from the Catholic Archdiocese of Kansas City (which said that abortion “encourages women to attack an essential part of their femininity”), mounted a seemingly formidable campaign to erase language in the state constitution that guarantees the right of personal autonomy. But, as Homer Simpson would say, “D’oh!”

Turns out, they were decimated. Anyone who still doubts that abortion could be a powerful issue for Democrats in the midterm elections, an issue that propels angry women en masse to the polls, need only examine the voting stats in Kansas.

Granted, other issues will also be in play this November — especially inflation, if it’s still bad. But Kansas has sent an important message: people get really ticked off when their rights get taken away.

The GOP’s theocrats have been put on notice.

Dick Polman, a veteran national political columnist based in Philadelphia and a Writer in Residence at the University of Pennsylvania, writes at www.dickpolman.net. Email him at dickpolman7@gmail.com.