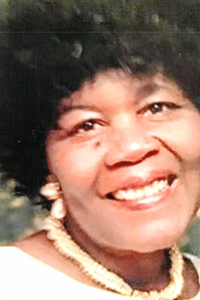 Ms. Silvereen Gibson was born July 20, 1933, to the late Anna Bell Gibson and Jessie Gibson. She departed from her earthly house to her home in glory at the age of 89 on July 24, 2022, at her residence. Her passing was peaceful and humble.

As a young girl, Silvereen grew up in North Carolina. She then relocated to New Jersey, where she worked as a domestic and health care worker for decades. Silvereen had a genuine love for her family and her community.

The funeral service will be Saturday, Aug. 6, at 11 a.m. at Crain and Sons Funeral Home in Bogalusa, with the Rev. Nolan Robinson, pastor, officiating.