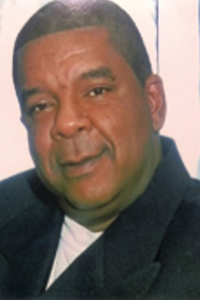 Final arrangements have been made for Bro. Amos “Moochie” Peters Sr. Visitation will be Friday, Aug. 5, from 4 p.m. until 6 p.m. at Cook-Richmond Funeral Home in Bogalusa. Funeral services will be held Saturday, Aug. 6, at 2 p.m. at New Zion Missionary Baptist Church, with the Rev. Dr. Linza Rae Cotton, pastor/officiant. Interment will be in Harry Cemetery in Angie. Cook-Richmond Funeral Home of Bogalusa will be in charge of arrangements. Masks are required.

Amos “Moochie” Peters Sr. passed away on July 28, 2022, at his residence in Varnado, at the age of 61. He was the fourth child born to Mr. Willie B. Peters Sr. and Mrs. Jessie Mae Newson Peters at the Washington St. Tammany Charity Hospital in Bogalusa on Aug. 16, 1960.

He was preceded in death by his daughter, Crissy Samantha Peters; his parents, Willie B. and Jessie Mae Newson Peters; and his maternal grandparents, Rev. Jesse Isadore (Lillie McFarland) Newson.