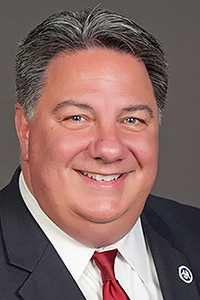 Louisiana Secretary of State Kyle Ardoin announced Thursday that an investigation that began as a result of the 2016 Amite City municipal elections has resulted in a pair of guilty pleas in election-related crimes in Tangipahoa Parish.

Federal court documents describe the conspiracy between former Amite City Chief of Police Jerry Trabona and Kristian “Kris” Hart, a current Amite City Council member, to pay voters for voting in the 2016 open primary where both were candidates, and in which federal candidates also appeared on the ballot. Hart pleaded guilty to three additional counts of both paying and offering to pay voters in the 2016 and 2020 elections.

“While this case against Trabona and Hart began as a result of a federal investigation, it was aided substantially by the efforts of the investigators in Louisiana’s Elections Compliance Unit (ECU), as a result of our official review of Emmanuel Zanders III following the 2020 federal election,” Ardoin said. “Our investigators were alerted to Mr. Zanders’ activities by the Tangipahoa Registrar of Voters, and we quickly developed information that led to his arrest and a guilty plea deal that mandated his resignation from the Amite City Council in January of 2021. I remain committed to keeping Louisiana free of corruption in the voting process and ensuring that our elections are fair, safe, accurate and free of disruption by corrupt actors.”

The Louisiana Elections Compliance Unit is charged with investigating and reporting matters involving violations of the Louisiana election code. The unit is composed of law enforcement officers with statewide jurisdiction. The unit conducts investigations that involve voter fraud, vote buying and voter intimidation during early voting, absentee-by-mail voting and Election Day voting. In addition, the unit also investigates allegations of persons providing false or misleading information to a registrar or to a commissioner during the registration or voting process, working closely with district attorneys and local law enforcement officials around the state.

Complaints involving violations of the election code should be reported to the unit at 1-800-722-5305.