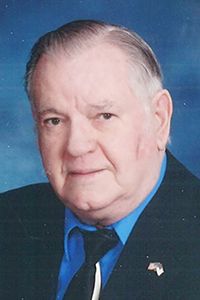 Michael Seal Moody Sr., 87, passed away on July 16, 2022. He was born in Buck Branch, Miss., on May 14, 1935, and has been a lifelong resident of Bogalusa. He was a U.S. Army veteran, long term member of Gideons International and an active member of First Baptist Church of Bogalusa. He served as a missionary for two years at African Bible College in Liberia, Africa, and upon returning in 1994, opened and ran C.A.R.E. Ministries, a homeless shelter in Bogalusa until he retired in 2008.

A memorial service will be held at First Baptist Church of Bogalusa on Saturday, July 23, at 1 p.m. In lieu of flowers, please make donations to Gideons International.

The online guestbook may be signed at www.chancellorfuneralhome.com.