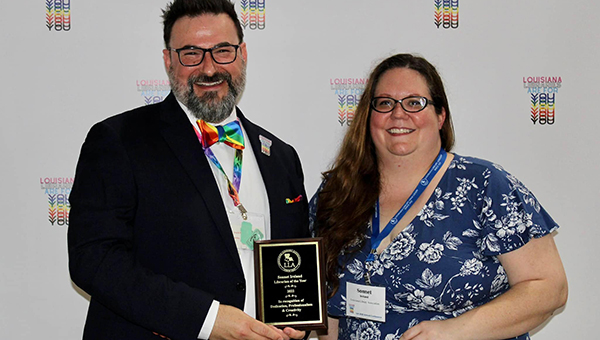 Ireland has served the citizens of Washington Parish since the beginning of 2022 as director of the library system, which has four branches in our local communities. Previously, Ireland worked at the St. Tammany Parish Library as well as academic libraries, including those at the University of New Orleans and Tulane.

Ireland has served in numerous capacities in the American Library Association, where she is currently a councilor, and the Louisiana Library Association, where she served an historic two-year term as president of the association in 2020 and 2021 when the association was transitioning to a new management firm and facing the COVID-19 pandemic. She led the organization in its first virtual conference during that time as well.

Her information literacy seminars have been relished by library workers and information professionals on a state and national level, with classes held at library trainings as well as academic forums, including a presentation for Yale University. Ireland will continue her work with the Public Library Association’s “Wednesday Webinars” and leading the Washington Parish Library system to new heights of community service and impact.