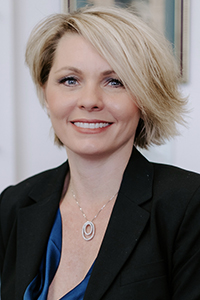 With that being said, the state of Louisiana has a problem — in turn, Bogalusa has 771 of them.

As everyone that rides around Bogalusa can attest to, there seems to be an awful lot of dilapidated, falling-in, completely overgrown, rodent- and reptile-infested houses all over our city. The legal terminology for our problem is “Adjudicated Properties.”

Something must be done!

Over the last 15 years, in my efforts to address blight in our neighborhoods, I have discovered startling statistics. According to the list that was provided to me by the City of Bogalusa, there are SEVEN HUNDRED AND SEVENTY-ONE adjudicated properties just within our city limits, some of which owners have not paid property taxes in close to 50 YEARS. Another list provided by the City names at least 447 condemned properties; but it will not be an easy task to determine which ones are already on the previously mentioned list or which ones have been eradicated. A separate case report provided by the City lists 132 properties that were cited for code enforcement violations between February-June 2022 by Code Enforcement Officer Cordero Mark. On Monday, I attended court proceedings on one of those cases, which are being heard by the local city criminal court. One out of 29 cases heard was property related and not one of the many hundreds of listed condemned or adjudicated properties were on the docket.

You would think that someone could come to Bogalusa (or any number of small towns in Louisiana) and identify an overgrown, unmaintained property and have plans to buy it and develop it into something. But in Louisiana, sometimes that can be nearly impossible.

By definition, adjudicated property is property that has been placed in state or local governmental hands because local property taxes have not been paid and sequentially have not been redeemed by the debtor. Louisiana law authorizes governmental bodies having jurisdiction over these properties to sell or donate only those that have been adjudicated since January 1, 1975 — which is the year our list starts.

The law in Louisiana on adjudicated properties states there is a redemption period. You get three years after the tax certificate was recorded to redeem your property, but that is likely not the case in Bogalusa. The value of the properties is most times less than the back taxes owed, so many owners or descendants decide it’s not worth the money to redeem them, so they just sit and deteriorate. And, in Bogalusa, it doesn’t appear than there is any penalty for that. Washington Parish Assessor Jimbo Stevenson once stated these adjudicated properties “go to their graves following the redemptive period.” We must change the law in Louisiana, so the neighborhoods can be resurrected instead of becoming progressively worse.

It is a sad case played over and over in a historic city like Bogalusa. A lot of these properties are adjudicated by the original owner, then bought at a tax sale, and now the tax sale purchaser is deceased, which creates an even more tangled web to unravel.

Title insurance companies rarely take the risk to write policies on adjudicated properties, and therein lies one of the many problems as to why they don’t end up back into commerce. Some property auctioning companies claim to legally validate these properties, but in my experience, financial lending institutions or government funding agencies still won’t touch the title.

The Louisiana legislature needs to address the issue by coming up with a method that can amend the due process clause and lawfully determine a reasonable prescriptive period on all the heir properties that have not gone through succession in a timely period. Now, I understand this would have the property rights activists screaming out loud, but in the words of Ardie Cesario, “doing nothing is no longer an option.” There should be a reasonable time limit on how many years a property owner (or the heirs) can go without paying taxes before they no longer have rights to ownership. In Bogalusa, apparently that is more than 47 years! The current level of blight in Bogalusa outstrips available government funding and manpower, so it’s time for us to get innovative. Let’s start with the oldest ones on the list.

Unfortunately, in the work that I conduct, I’ve discovered a number of roadblocks hampering the elimination of blight in Bogalusa — which include the challenges of obtaining a clear, merchantable title on adjudicated properties, the safe demolition of properties containing hazardous materials, and the lack of funding for a successful blight program. Our first order of business will be to establish a cohesive database for tracking the disarray of blighted, adjudicated and condemned properties in the City of Bogalusa. International Paper Foundation has provided seed money to jumpstart our Fight the Blight project through a “Health and Wellness through Blight Remediation Grant.” Research is underway to locate the best, most efficient and comprehensive database software for this purpose.

In criminology, the “Broken Window Theory” states that visible signs of crime, anti-social behavior and civil disorder create an urban environment that encourages further crime and disorder, including serious crimes. The theory suggests that by addressing minor crimes such as code violations, vandalism, loitering, public drinking, and fine evasion help to create an atmosphere of order and lawfulness. Studies show us that there is a certainly a direct correlation between neighborhood physical environment and drugs/criminal activity.

Making a significant difference in Bogalusa is going to take commitment, effort and money throughout the community, the government and industry in Bogalusa. It’s not a problem one person can solve.

I’d like to address pervasive blight. Not overgrown grass, but dilapidated houses that are an overall health issue to our community. They are like a cancer to our city. We must demand that action be taken by the City to raise the housing quality standard by pursuing the laws that we have already established by ordinances. We cannot let those that have left the properties behind to rot have all the rights. The tough stuff is going to have to be said. People are likely to be offended. But neighborhood physical environment should be at the top of our list to fix!

There needs to be an iron-clad policy that we will no longer accept excuses for the condition of our state and cities that are caused by the way our laws are written. We must demand a process and procedures by city and state leaders that offer solutions to this ever-growing epidemic.

I don’t have all the answers, but I know something has got to change, and I hope shining a light on the issues will help start the process.

My goal with this regular column is to trigger such change, accountability, and to hopefully create action.

This is my first column and hopefully those of you reading this may want to offer suggestions for solutions to problems I am presenting. Stay tuned for more details on case studies in future columns.

To get more information on our mission and work, and to learn how you can get involved by volunteering on our blight taskforce, visit online at www.bogalusarebirth.com

As Executive Director of Bogalusa Rebirth, I head an organization that is committed to creating safe, decent, affordable housing for working families. Many of these families have previously been unable to purchase a home, due to low income or credit worthiness. We have been successful in securing HUD funding, private financing, and corporation donations that are being spent in the inner-city neighborhoods. Some of the funding has eliminated blight or in-filled vacant lots. Personally, in my heart, there is a goal to restore the once beautiful neighborhoods that have become riddled with blight. 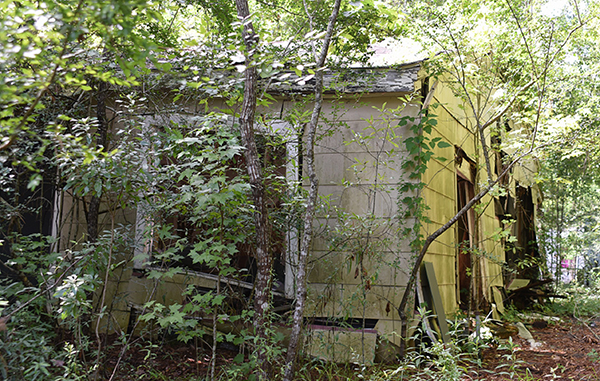