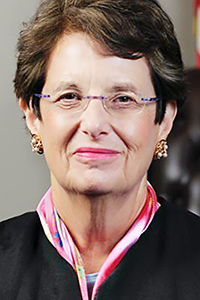 On Monday, a district judge in Louisiana temporarily blocked three state laws that would have banned nearly all abortions in the state.

The laws were set to take effect as soon as the U.S. Supreme Court overturned Roe v. Wade, which took place Friday. Several other states had so-called “trigger laws” on the books as well.

Those groups argued the laws violate providers’ due process rights, “lack constitutionally required safeguards to prevent arbitrary enforcement,” and are overly vague as they do not list a specific start date (other than the day Roe v. Wade is overturned).

The Center for Reproductive Rights is representing the abortion providers.

Giarrusso has scheduled a hearing for the lawsuit on Friday, July 8, at which point the court will determine whether to continue the stay. As the issue remains in judicial limbo, abortions are currently still legal in the state of Louisiana.

Louisiana’s trigger laws would have prohibited abortions in all cases except when the mother faces death or serious injury. The laws include no exceptions for rape or incest.

Louisiana Right to Life, the state’s most influential anti-abortion rights group, said it is “confident that our pro-life laws will be vindicated.”

“While these matters are still developing, Louisiana law is clear that babies will be protected from abortion when Roe v. Wade is overturned,” said Ben Clapper, Louisiana Right to Life executive director, in a statement. “We are confident that our courts, whether at the district, appellate, or state Supreme Court level, will affirm our laws in time.”

As of Tuesday morning, Louisiana Attorney General Jeff Landry planned to file a legal challenge to put the trigger laws back in place.

A judge in Utah temporarily blocked similar laws in that state Monday, as well.