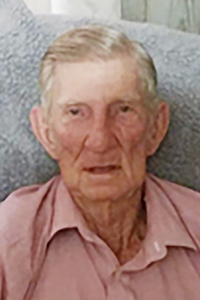 Jessie Richard Seal, “J.R.,” as he liked to be called, passed away very peacefully at the age of 92, on Saturday, June 25, 2022. He was under the care of Solace Hospice at the Pearl River County Nursing Home in Poplarville, Miss. He was a devoted husband and father and a devout Christian who loved the Lord. He was a military veteran, a tugboat captain, a retired cabinet artisan and enjoyed gardening and fishing.

Visitation was held Tuesday, June 28, at Mitchell Chapel Church of God in Crossroads, Miss., at 11 a.m. until time for the services at 2 p.m., with the Rev. Terry Bradley officiating the services. Interment followed in the church cemetery.