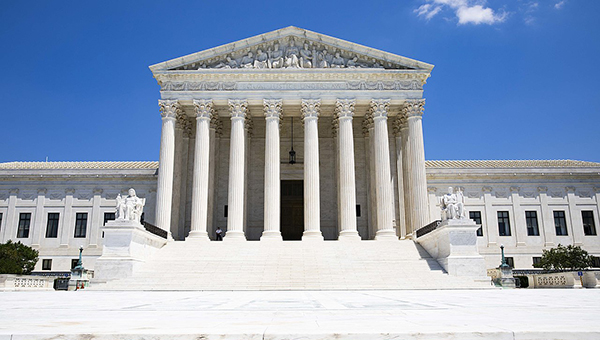 On Friday, the U.S. Supreme Court released its much-anticipated decision in the case of Dobbs v. Jackson Women’s Health Organization. The court ruled that the landmark case of Roe v. Wade was erroneously decided — returning the issue of abortion rights to the “people and their elected representatives,” rather than allowing the federal court to declare it legal nation-wide.

Friday’s ruling came more than a month after the leak of a draft opinion by Justice Samuel Alito, which suggested that the court was likely to vote to overturn Roe.

Alito, in the final opinion issued Friday, wrote that Roe and Planned Parenthood v. Casey — a later case in 1992 that reaffirmed a federal right to abortion — were wrongly decided.

“We therefore hold that the (U.S.) Constitution does not confer a right to abortion,” Alito wrote in the majority opinion. “Roe and Casey must be overruled, and the authority to regulate abortion must be returned to the people and their elected representatives.”

Alito was joined in the majority opinion by Justices Amy Coney Barrett, Neil Gorsuch, Brett Kavanaugh and Clarence Thomas. All were appointed by Republican presidents.

Justices Stephen Breyer, Sonia Sotomayor and Elena Kagan — who were all appointed by Democratic presidents — wrote the dissenting opinion.

Chief Justice John Roberts filed a concurring opinion with the majority in the Dobbs case, but said he would not have voted to overturn Roe.

Abortion is now illegal in the state of Louisiana, in nearly all cases. A “trigger law” was passed in 2006 that would ban abortion in the state, upon the overturning of Roe.

On Tuesday, Gov. John Bel Edwards signed Senate Bill 342 into law, which provides for exceptions to the abortion ban in cases of medically futile or ectopic pregnancies (which is when a fertilized egg begins to grow outside the uterus). There are currently no exceptions for victims of rape or incest.

“This is the day the Lord has made; let us rejoice in it and be glad,” he said. “Today, along with millions across Louisiana and America, I rejoice with my departed mom and the unborn children with her in heaven.

“The Supreme Court has finally returned to the constitution and delegated power back to the people. Our state’s representatives, held accountable by their constituents, should — and now again can — determine abortion policy, not the federal government.

“My office and I will do everything in our power to ensure the laws of Louisiana that have been passed to protect the unborn are enforceable, even if we have to go back to court. As the chief legal officer for our state, I will continue defending Louisiana’s pro-life laws and working to ensure the health and safety of women and their babies.”