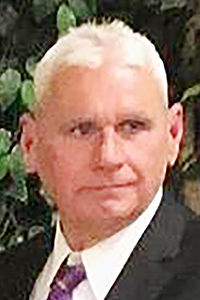 Alan Benton Rogers, 64, passed away on Tuesday, June 21, 2022. He was a native of Bogalusa, and a resident of Broussard.

Alan was preceded in death by his paternal grandparents, Louis “Elmer” Jr. and Marie Rogers; and his maternal grandmother, Sarah Moore.

A graveside service will be held on Saturday, June 25, at Ben’s Ford Baptist Church Cemetery at 2 p.m. The Rev. Lynn Martin will be officiating.

To view and sign the guestbook for the Rogers family, visit online at www.pooleritchiefuneralhome.com.