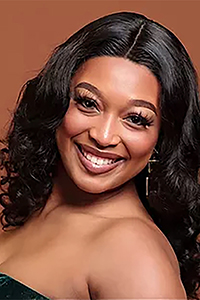 Diamond Sampson, a former resident of Bogalusa, is once again competing for the title of Miss Louisiana this year.

Sampson, who now resides in Slidell, first began competitively as a dancer as a 5-year-old at Dawn’s Dance Academy in Bogalusa.

Erica Yarbrough, Sampson’s mother, said she is very proud of her daughter’s achievements so far.

“It’s exciting,” Yarbrough said. “I count it absolutely a joy to be her mom and see all her wonderful accomplishments.”

Yarbrough said that Sampson’s future plans include attending the University of St. Augustine for Health Sciences campus in Dallas, Texas, where she was accepted into the school’s occupational therapy doctorate program.

Sampson’s grandmother, Cassandra Lewis, noted that Sampson was very active in student life when she attended schools in Washington Parish. She was a member of the student council and served as vice president for the seventh grade at Bogalusa High School.

Lewis said that Sampson spoke at school board meetings multiple times. Her job was to enlighten the members of the board about the many positive things that were going on at the junior high campus.

The Miss Louisiana pageant began Thursday at the Monroe Civic Center in Monroe. The 29 participants were divided into two groups — Jazz and Blues. Sampson is participating in the Jazz group.

The Jazz group performed their talent pieces on Thursday and did their red carpet, on-stage interviews and social impact pitches on Friday.

The finals of the competition will be broadcast on various Louisiana television networks Saturday night, June 18, beginning at 8 p.m. The new Miss Louisiana will be crowned around 10 p.m.

Miss Louisiana will then advance to participate in the world-famous Miss America Pageant.

The Daily News reached out to Sampson for an interview, but due to Miss Louisiana rules she was unable to talk to the media during the week of the pageant.