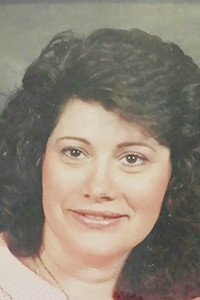 She was a member of Isabel Baptist Church. She was a hairdresser at Magic Mirror Hair Salon for in Bogalusa, for 20 years and then worked at her shop at home until April of this year. She loved her customers and treated them as family.

Mrs. Wells was preceded in death by her husband, Ernest “Ernie” Wells; her parents, W.L. and Chick Galloway; her father-in-law and mother-in-law, Winfred and Halie Wells; and a brother and sister-in-law, Ronnie and Debbie Galloway.