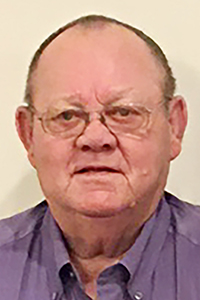 Jay “J.B.” Kennedy, 81, born at home and a lifelong resident of Stateline, died on Saturday, June 11, 2022, at West Jefferson Medical Center in Marrero. He was an active member of Stateline Baptist Church and a retired heavy equipment operator working out of Local Union #406 in New Orleans.

Jay worked Pipeline construction for many years and traveled extensively over the United States until his retirement in 2000. He retired as a member of the Louisiana National Guard after 23 years, having served four of these in the U.S. Army in Okinawa. Jay was a Charter Member of the World War II Museum in New Orleans and a 50-Year member of Pine Masonic Lodge #264 F&AM.

J.B. was owner and operator of Kennedy Dozer Service and was happiest when on a piece of heavy equipment or when his family was around. Paw Paw J.B. was a loving daddy, grandpa, and great-grandpa. He delighted in riding his grandchildren and great-grandchildren on his John Deere Gator or golf cart.

J.B. loves the outdoors and his family land … land that had been in his family for three generations. It has been said about J.B. that he was a “rough, gruff, and tough” kind of guy. Never one to sit idle, J.B. was constantly doing something. He was quite often found mowing or bush hogging. If he “slowed down”, he could be found sitting under the oak tree in the back yard, in a rocker on the patio, or riding down in the field by the creek on his John Deere tractor or Gator.

J.B. loved taking his camper to the Washington Parish Fair for a week of camping and catching up with friends. He looked forward to visiting with friends from years of traveling and working across the United States. After retirement, he especially enjoyed the annual Pipeline Reunions where he and his buddies continued to lay miles of pipeline as they reminisced. Another yearly event he looked forward to was the Kennedy Reunion where he visited with family and friends.

In lieu of flowers, you may donate to Stateline Baptist Church in memory of J.B.