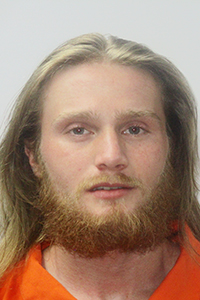 While on criminal patrol, the deputy reportedly noticed Thomas kneeling beside his vehicle in the parking lot of a Pine business. As the deputy approached, Thomas appeared to be very nervous and kept placing his hands inside his pockets, Haley said.

“The deputy was advised by dispatch that Thomas had an outstanding warrant for contempt of court,” Haley said. “As the deputy questioned him, Thomas advised he had a narcotics pipe inside his vehicle. Searching the vehicle for the narcotics pipe, the deputy discovered marijuana, Suboxone and methamphetamine. Thomas was arrested and transported to the Washington Parish Jail.”

Thomas was booked into the jail on charges of three counts of possession of illegal drugs, no driver’s license and contempt of court. He was released from jail the same day after posting bond.

Haley said that Thomas had one previous arrest in 2018 for traffic offenses, aggravated flight from an officer, resisting an officer with force, battery on a law enforcement officer and obstruction of justice. He was released from jail the same day after posting bond.

“Illegal drugs are a blight on Washington Parish,” Washington Parish Sheriff Randy Seal said. “We can’t make it go away, but we can and will do all within our means to try and control it by identifying and arresting those who possess, sell or otherwise involve themselves in the illicit drug business.”