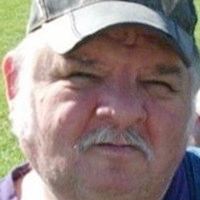 Perry was preceded in death by his mother, LaDell Duncan Mitchell and his father, James Keen; his brother, Rodney Keen; along with his grandparents and a multitude of aunts, uncles, and cousins.

Visitation will be held Friday, June 3, 2022, at Poole-Ritchie Funeral Home from 6 p.m. until 9 p.m. and will continue on Saturday, June 4, 2022, from 9 a.m. until time for the services at 11 a.m. Interment to follow at Ponemah Cemetery with Rev. Marcus Rosa officiating the services. Billy Sanders will serve as an honorary pallbearer.

To view and sign the guestbook go to pooleritchiefuneralhome.com