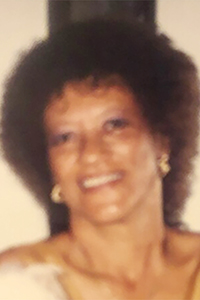 She attended Consumnes River Community College, and then she attended California Polytechnical State University, earning a B.A. and started working with the California Dept. of Transportation (CADOT) Hazardous Waste Dept. She joined a local Sacramento chapter of the Alpha Kappa Alpha (AKA) Sorority.

In the late 1980s, Nellie relocated to Bogalusa, she joined fellowship with Mary’s Chapel United Methodist Church in Varnado, where she was an active member of the choir and various women’s groups.

Nellie was preceded in death by her parents, H.J. and Clarenda; three brothers, Eugene Augustus, Albert Earl and Malcolm; and two sisters, Marietta (Andy) Scott and Eula Mae. She is survived by two sisters, Linda Faye Weary of Newton Falls, Ohio, and Carolyn Weary of Elk Grove, Calif.; one brother, Alphonso “Ricky” Weary; 10 beloved nephews and five beloved nieces and their families; and a host of cousins, sorority sisters and friends; and also a special friend, London Johnson of Bogalusa.

Nellie’s family would like to acknowledge with deep gratitude, the many cards, phone calls, texts, and heartwarming expressions of sympathy and support from family, friends, and the community during this difficult time, with very Special shout-outs to Evelyn Smith Weary, the outstanding Crain and Sons Funeral Home staff, and the CMHS Class of 1964. You’re The Best. Thank you.

The graveside service will be on Thursday, June 2, at 5 p.m. at Ford Chapel Missionary Baptist Church in Sandy Hook, Miss., with the Rev. Terrence August officiating.