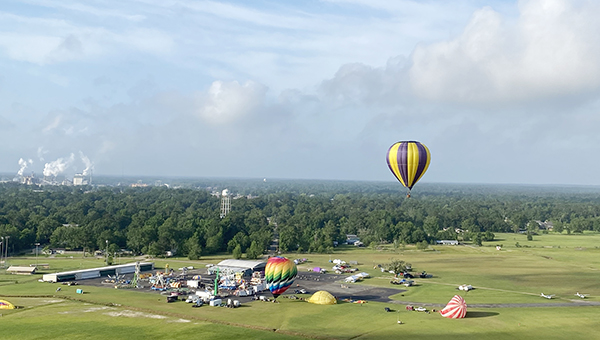 The George R. Carr Memorial Airfield in Bogalusa became a spectacle of colors and sounds at the inaugural Bogalusa Balloon Festival. The sights were even more impressive when viewed from above inside one of the balloons. (Daily News photo by Carol Case).

The Bogalusa Parks, Recreation and Culture Commission presented the inaugural “Bogalusa Balloon Festival” from Thursday, May 19, through Sunday, May 22, at George R. Carr Memorial Airfield in Bogalusa.

The event was originally scheduled during the COVID-19 pandemic, but was delayed until this year.

The sky was filled with colorful hot-air balloons, and there were also vendors, food, live music and a carnival with activities for the kids.