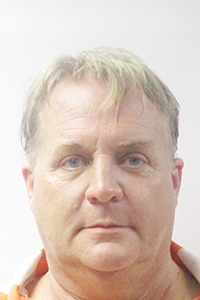 Kelvin R. Thomas, 57, a Bogalusa businessman, was arrested on Thursday, May 19, by detectives with the Washington Parish Sheriff’s Office Drug Task Force, according to WPSO Chief Criminal Deputy Mike Haley.

Thomas, a resident of Louisiana Highway 424, was jailed on multiple charges of sale of methamphetamine and contempt of court. His bond was set at $150,000.

Haley said that the arrest was the result of an ongoing investigation into the sale of illegal narcotics by Thomas. On more than one occasion, illegal drugs were purchased from him at his business, which is located on Superior Avenue in Bogalusa, Haley said.

“The sale of illegal drugs creates a horrific trail of suffering throughout our parish,” Washington Parish Sheriff Randy Seal said. “It is always good when a drug trafficker is arrested and jailed. Our Drug Task Force detectives work around the clock to identify drug dealers, build a sustainable case against them and gather enough evidence to take them to trial. I congratulate our narcotics detectives for their good work.”