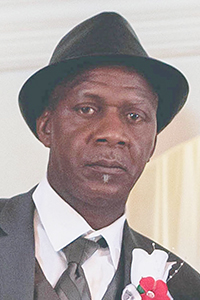 Larry graduated from Varnado High School in 1982, where he was an avid football player. Larry was a self-employed Mechanic and Carpenter. Larry was well versed in the kitchen, best known for his amazing German chocolate cake. Larry’s passion for softball led him to organize dozens of tournaments in his community. He was a dedicated friend that was known and loved by many lives that he touched throughout his life.

Larry’s ability to connect with others was unmatched and had a profound impact on the lives of many. The countless lives that he has touched is a true testament of his character. Larry met no stranger, but was a friend to many, and for this reason he will truly be missed.