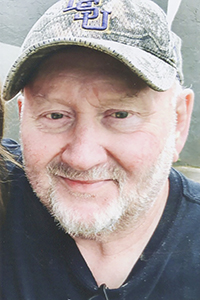 Born Sept. 16, 1957 to Denver “Dent” and Ethel Dykes, he had many accomplishments in his life.

He was an honor graduate of PRCC and was also selected in Who’s Who Among Students in American Jr. Colleges. A member of Palestine Baptist Church, he loved fishing and spending time with his grandchildren.

He is preceded in death by a brother, Bruce Dykes; and a sister, Wyvon Holliday.

He is also survived by numerous nieces and nephews.

A memorial service will be held at Palestine Baptist Church on Saturday, May 21, from 5 p.m. until 6 p.m. with Brother Fred Brumfield officiating. Please join family and friends celebrating his life.