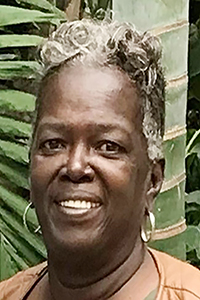 Miss Geaneail Magee was born on Jan. 9, 1957, in Bogalusa, to the late Johnny Magee and Mrs. Juanita Brumfield Magee. She departed from her earthly temple on May 8, 2022, at the St. Tammany Hospital.

Geaneail graduated in 1976 from Bogalusa High School. She worked at the Avenue U YMCA Café for several years while she was in high school. After graduation, she moved to Detroit, Mich. Upon returning, she attended cosmetology school and worked for Crain and Sons Funeral Home doing hair.

She worked with the children at Southeast Louisiana State Hospital in Mandeville, for several years. Geaneail loved to cook. She worked as a personal cook for residents of Bogalusa. She also worked as a cook at Sony’s Pizza in Bogalusa and Bino’s.

The memorial will be 11 a.m. Saturday, May 21, at Crain and Sons Funeral Home. Sign the guestbook online at www.crainandsons.com.