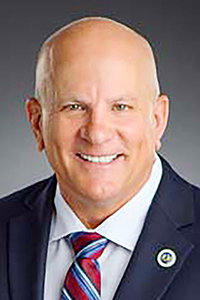 After a nationwide backlash, Louisiana House Republicans on Thursday amended a bill to remove criminal penalties for women who have abortions, prompting the bill’s author to withdraw the measure.

House Bill 813, sponsored by State Rep. Danny McCormick, R-Oil City, would have allowed anyone who received or administered an abortion to be charged with homicide, a crime that is punishable with life in prison.

But even some Republicans, who had supported the bill earlier, said they realized it went too far in making it a crime for women to have abortions. The amendment, which would have applied the criminal penalties only to abortion providers, passed 65-26.

McCormick opposed the changes and returned the bill to the calendar. It would require a two-thirds vote to bring it back for a floor vote, rendering it likely dead for the session.

The amendment would have made the bill similar to Senate Bill 342 by State Sen. Katrina Jackson, D-Monroe, which is still live in the session.

The amendment approved by the House removed portions of McCormick’s bill that criminalized women who receive abortions. It also clarified that the bill would not have applied to ectopic pregnancies, miscarriages or contraceptives that take affect prior to when a pregnancy can be detected.

The language criminalizing those who receive abortions had been condemned by the state’s leading anti-abortion groups and by Democratic Gov. John Bel Edwards, who has signed several anti-abortion bills.

“House Bill 813 is not a pro-life bill,” Edwards said, in a statement. “In addition to the fact that this legislation is patently unconstitutional, this bill would criminalize the use of certain types of contraception, as well as parts of the in vitro fertilization process, and it could even serve as a barrier to life-saving medical treatment for a woman who is suffering a miscarriage. To suggest that a woman would be jailed for an abortion is simply absurd.”

Shortly after the House came into session, State Rep. Tanner Magee, R-Houma and the Speaker Pro Tempore, called Republicans into a caucus meeting, where they stayed for about an hour.

When they returned, the House discussed several other alerts before House Speaker Clay Schexnayder was alerted to a suspicious unattended package outside the chamber. The building was evacuated amid concerns of a bomb threat.

The package was quickly deemed not a threat and business resumed less than an hour later.

Seabaugh, who had voted for the bill in committee, apologized for doing so and for not amending it then.

Discussion of the bill and the amendment yielded colorful debate.

State Rep. Barry Ivey, R-Central, asked McCormick whether his bill would criminalize contraceptives, like IUDs, prompting a debate about whether an IUD is a contraceptive or an abortifacient.

Opponents of the bill have argued that the bill could have criminalized not only abortion procedures but many forms of birth control.

The bill states that “human life … should be equally protected from fertilization to natural death.” Many commonly used forms of birth control prevent the implantation of a fertilized egg.

Magee asked Seabaugh whether the language in the original bill could lead to the arrest of people who have previously had abortions, to which Seabaugh replied that it was possible.

McCormick said he opposed the amendment because it does away with “equal protection,” the idea that an unborn child should have the same rights as anybody else.

Once the amendment passed, McCormick pulled the bill.