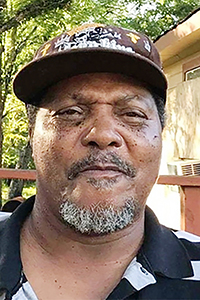 Dewayne L. Tate was born to the late Doris Tate and Collis Bickham on May 21, 1953, in Bogalusa.

Wayne was a member of Magee’s Temple C.O.G.I.C., under the leadership of Supt. Cecealins Tate. A graduate of Franklinton High School, Wayne had a passion for mechanical work.

Drive-through visitation will be held at Crain and Sons Funeral Home of Franklinton on Friday, May 13, from 4 p.m. until 6 p.m.

The funeral service will be held at Magee’s Temple C.O.G.I.C. on Saturday, May 14, at 11 a.m. Crain and Sons Funeral Home of Franklinton has been entrusted with arrangements. Sign the guestbook online at www.crainandsons.com.